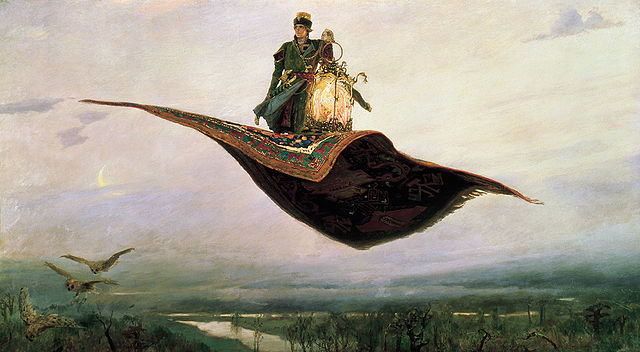 Currently it is one of the hippest hypes to recruit some UX guys and build up a UX department, all the way with its own lab and all. And really, UX and design have proven their deep value contribution. Nice collateral benefits are good looks and usability. Examples of companies who look sharp, do the right things right and are successful are Square who even take care about the design and impact of the receipts (for good reason btw!), dropbox or Kayak but also many more.

Now, what’s more obvious to just copy that and also do some UX? So what’s going on in real life? They recruit some UX guys, which – unfortunately – think that UX is really the task. Off they go in busy beaver mode happy to finally, really do some serious UX stuff: user Interviews, testing, understanding the customer. And they are keen, they’re ambitious – they don’t just care for the product. They go beyond and do some service design, have ideas for customer support, billing. They do the whole UX thing – remember it stands for user experience not user product experience. Yes, we did staff some excellent UX guys!

After some months there are deep insights into customer expectation, it’s the first time that the word Persona is whispered at the coffee machine and sometimes even in meetings. That’s why we got the guys, no?

It is already clear that someone wants to go to heaven but is not willing to pay the price of dying.

Apart from the UX, the company is still doing the same ol’ same ol’, no focus, no client. Knowledge about the customer is developed by purely quantitative market research without any qualitative insight and actually, when you come to think of it, all that was expected was some nice, nifty design. Things should become more pretty, not harder. To understand all the findings of these new guys and their strange angles is a real tough challenge. And, boy, some news coming out of this strange UX corner over there are also not comforting. Some assumptions we had on the market were wrong. Discomfort is also amplified by a lot of suggestions that are actually easy to get from the outside. And, sure, at some time they were also thought through here, internally. But now they are buried under a deep layer of cynicism and ignorance, as the judgment was: This is too hard to do across the interest of the diverse silos (sorry: departments), even though the value was undisputed. And now these ideas were happily gathering dust on antique wiki pages. And now these guys are into archeological exhumation and bring up all the pain again? Sacrificing the established roadmap for this prehistoric, abandoned stuff? How? Why? That’s hard stuff to digest.

From here the future is as clear as deflating: The new concepts by the UX guys will pile up in their corner – implementing them is a no go. After the 10th ignored drawer zombie concept the vigor of even the best and most depended UX guys comes to a grinding halt. Fighting windmills is a thing of the past and is replaced by inner resignation. From here, deeply integrating into the production chain would be hard and it is something that hasn’t been taught and learned. One thing quickly leads to another and the new, talented UX guys first develop into mediocre designers and then even worse front-end guys. Finally they end up creating design templates, helping a PO to draw forms and to somehow adapt twitter bootstrap and document a style guide with it. What was planned to be a UX department changing the world, ends up being a bad front end department without any impact and even less of a chance. A bitter misunderstanding, no one will survive.

Now no one wants to get heaven anymore, even if dying wasn’t the price anymore

What happened? A mechanism was copied without first understanding its workings. Actually the wish was for a simple recipe – make things nice – rather than for complex solutions and deep insights that the system can’t digest. What should have copied was the surface, the nice looks. Everything should have been prettified – and that nasty NPS and conversion problem should have been solved by then. But not this!

Some people avoid thinking because they fear the conclusions to which it may lead.

To be clear: if you want UX because you want real results, you will have to be open and determined to go the whole way. Otherwise, you will make things worse. On the other hand, UX must come out of the office and sell its insights better: engaging prototypes, showing the right video sequences from interviews, storytelling rather than PowerPoint analysis, fun instead of defensiveness. Also, follow the LeanUX practice of abandoning the deliverables overhead and nonsense (which you only learned to sell your agencies process) and zip into the production setup more tightly. Don’t fear agile planning or replenishment meetings. Embrace the development teams as your friends, as they are your leverage to transfer your insights into a better product. At the same time it is your chance to define the role to really holistically define and protect a great UX. (Also see Max’ blog post on that topic.) That’s what you wanted, right? But if your company doesn’t want to go all the way, you don’t have a chance.

If you want to start UX, you need to go all the way. There will be insights to digest –  that’s were the value is. Everyone needs to pass through. Go the whole way or don’ even get started.

Cold comfort: UX is not the only discipline suffering that problem. The hunt for silver bullets and quick fixes and recipes is ubiquitous. A quick Scrum training and I can already hear people holding behind the excuses of the process: “We can not even discuss this story – it is not ready for sprint!”, “We can’t commit, we need another three estimation meetings” The Kanban equivalent: “Nope, we’re doing one piece flow, we don’t do two stories in parallel.” Same thing: blindly copying something that wasn’t understood in a different context and without coaching delivers the opposite of what was intended. The wish for agility ends up in rules rather than better collaboration.

Before you start going the UX way ask yourself if you are ready to pay the price. On the other hand: Are you willing to pay the price of not doing UX? As always: This doesn’t come for free, you need to be open for the change, it needs to be made explicit and you need to know what you’re doing – just like Max describes here.