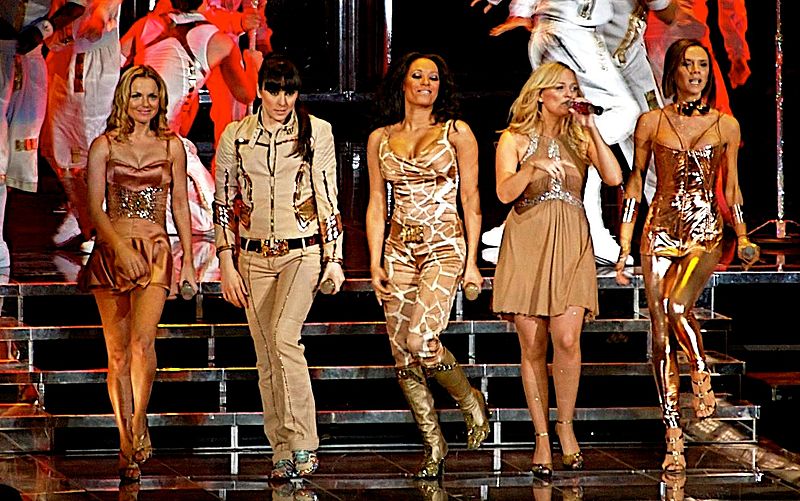 “Tell me what you want, what you really really want”, Alignment and Goal #1

In one of the last blog posts we wrote about the need for constant innovation if and when companies want to be disrupted from the side. The example of Nokia mentioned in that post with the news of the last days paint the picture in even brighter colors than some days ago. We also said that the reality of most companies looks strikingly different. From a certain ‘maturity level’ upwards companies tend to focus on margin and operational excellence to squeeze the current business model to the max.  As the ‘operational’ in operational excellence says, these companies are solely operating their current recipe of success. The huge issue being that the actual recipe for success will be diluted, the product and service offerings will suffer, the customers are disappointed and then finally giving up loyalty and look for quality in other places. What started as an efficiency initiative leads to losing the market and is a big fail. Even worse: The efficiency measures won’t get traction and it will all have been in vain.

This happens because the operational excellence (OE) mode of these companies is purely inward facing. But what made the company a success was a complete outward, client-facing attitude. The task was to find the customers needs and finding ways how to more and more serve those needs in ever-higher quality and validity This was how the loyalty of customers was won. The OE mode will inevitably end in internal focus, because these are the questions it needs to answer:

This sounds tempting indeed and you can smell how these tasks can efficiently be administrated. You can also sense new silos and hierarchies emerge as well as existing ones gaining in relevance, getting an end in themselves and finally getting completely impenetrable. These are the exact silos, which are responsible for realizing the efficiency measures. And you can feel the temptation for miles, to go the easy way and keep those efficiency projects separated in the silos. And how hard it would be to align them between those silos. The next steering committee being three weeks away, at least, makes self-evident what each efficiency hunter will opt for: He will solve the most obvious and most simple problem in the easies way – inside of his silo – instead of improving the whole system. Worse, those thinking about the company as a whole, as a system will be felt as and degraded to malcontents.

The consequences of this approach are deadly for the company in at least three ways:

Local optimization instead of working as a system

The customer goes along with this for quite some time. Like the well-known frog in the pot, for a long time he does not realize what’s going on and gets used to a declining level of service and well-being. Yes, maybe the service was friendlier in earlier times. Yes, the marketing mailings were more to my interest a year ago. But that’s all bearable. Finally there comes a time where changes to the offered services and products will be introduced, which the client can no longer understand and which make things obviously worse rather than better. This has to happen, because the changes in the system were not defined with the clients’ needsin mind, but to integrate services to finally reduce ‘overhead’ and cost. Services that were designed to meet his needs some time ago are now redesigned without knowing the client at all and without having him in mind. And now the decline as predicted by John Seddon, sets in: ‘If you want to reduce cost, cost goes up.’

But also internally to the company this phase has dreadful consequences. It is easy to be enthusiastic about your success on the market, to celebrate this success and to draw your motivation from it. But it is much harder to be motivated by reaching (or worse: not reaching) abstract goals defined by KPIs, which are merely a bullet point in a PowerPoint presentation. It is even worse if they have to be drawn intransparently from 20 reports residing in 13 IT tools.

To further pile on problems, it is typical for this phase that a company looses orientation by not following 3 to 5 KPIs, but rather 50, 100 or 200. From arbitrary revenue driven goals and KPIs, per department, team and employee, more KPIs will erratically be derived. A jungle that no one can find his way through and in which the K in KPI looses its meaning. Which of the 200 KPIs are now Key, are now important? And who could have the insight what they would drive and how they are working against each other. My guess is: They are all worthless, as they are not derived from real needs of customers but from meaningless revenue targets.

But what is the way out of this typical phase of an enterprise after reaching its first peak? This, on paper, is surprisingly simple but in real life proofs to be real hard to achieve.

Customer value as orientation in the jungle

First of all, of course (you knew this was coming!) the customer needs to be put back into focus. But what is obvious to you and me now, is far from obvious in such a company. And no one knows what that means anymore. Because: on PowerPoint the customer was always in the focus. And somehow no one realized that customer centricity was an empty phrase during all that pushing and pulling of KPIs. And the numbers went up all the time, didn’t they? All is fine. But if you ask anyone in this company about who was talking to the customer lately (the bare minimum: talking) and when exactly, the answer is depressing: Customer Service – for sure – and Sales – they couldn’t avoid it. The one million dollar question now is of course how to get nearly each employee back into contact with the market and the customer. Most companies don’t even know an agency that will arrange customers for workshops, interviews, etc.

In the end, Management will have to show the way out of the jungle of KPIs and targets. And this will be a huge change. While until now, the company, its managers and employees received its energy from juggling with uncounted numbers and more uncounted sub goals and sub KPIs, they now have to do with just a few of them. Intellectually this brings up the problem, that deep discussions will have be led to reduce this enterprise jungle to just the right few trees and paths. And this means saying ‘No’ to all those initiatives that were so important during the last years..

The K in KPI not only says that there are only very few KPIs but also that these are driven and designed through important content, derived from customer needs. To get to KPIs the value, purpose and needs need to be re-understood first. This only works by having deep discussions about these basics. And all these questions can only be answered and the answers aligned again once the customer is known again.

Which is only one of many incredible values that customer centricity provides – there is always a real, tangible goal in front of us, we just have to rediscover it over and over again. But discussions alone are not enough; there also need to emerge clear results from these discussions that have to be communicated thoroughly.  The employees need to be reached and motivated by this communication. 53 pages of PowerPoint to check off the bullet point ‘team communication done’ will not help. Authentic leaders will now have to tell the right stories and narratives to intuitively sell the new and valuable objectives to the doubting employees. A problem can be that most of the leaders with vision may have left the company already, as their voice wasn’t heard. Managers with vision don’t get along well with managers that are pushing numbers down Excel cascades and administrate the company rather than create new values for new markets. But remember: It needs both cultures in a company to be successful – they just have to be protected from each other. And it has to be made explicit, which culture is responsible for what.

And now, finally, we can and must get back to what Stephen Bungay requests us to do, to follow the ultimate Spice-Girl Imperative of Management: ‚Tell me what you want, what you really really want’. Following this, the company can re-achieve alignment on the few real valuable objectives and goals. Better even for them to be explicitly prioritized. Even better if there is a Goal Nr. 1 which requires support from the whole company and under which all other conflicting goals will have to suffer. This will teach the company to focus even more. And, of course, more than anything, Goal Nr. 1 needs to be communicated and derived to the employees in a very animated and engaged, authentic way. But even more it has to be sustained, hard as it is. This means that employees need to be protected from the distraction and useless noise of other goals. Flooding employees with new goals now is deadly, even if the temptation to drive utilization is huge. Now this is venom. And now, only as of now, one can say that employees may be empowered. Now the playing field is marked, the constraints are made explicit and purpose is ubiquitous. And inside the marks of the playing field, the employee is autonomous. Now alignment on the ‘why’ and ‘what’ is set up, so that autonomy on the ‘how’ can successfully exist. (Sometimes agilists don’t like to hear this. Some of them have the understanding that empowerment means 100% autonomy on all three levels ‘Why’, ‘What’ and ‘How’.) The longer a company is moving along in this way, the more probable it is that even a slight autonomy on the ‘what’ can be developed. The precondition is a very high degree of trust. This can be reached by frequent communication of tasks (Auftrag) and back reporting. It is important that during back reporting micro management will not happen but understanding of the task (Auftrag) will be checked.  (For more on this read Stephen Bungay’s fantastic book on Auftragstaktik or go for one of his rare talks).

What took me a couple of pages to write down, in reality is a hard and long way, but one of the most valuable a company can go. It’s better yet not to end up in a situation where you have to go this long and winding road. Better to understand the Innovators Dilemma from the get go and resist the temptation to sacrifice innovation for repeatability and operational excellence. Better to leave room for both necessary elements in a company – validity and repeatability – from the beginning, make their purpose explicit and protect them from each other. Innovation and cost effectiveness both need to co-exist in your company, each in its place.