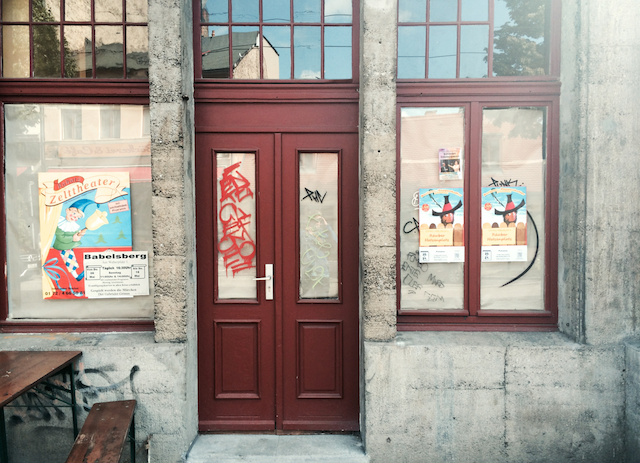 In my neighborhood, new shops open and close all of the time. It is quite a diverse neighborhood, fluorescing between low and middle and quite high income. The thing is: the rich don’t buy here. So you cannot sell fancy stuff around here. What is bought and sold here is: basic stuff.

So, whenever a shop opens up, I – out of all people – know if the shop will succeed. Sometimes I feel quite sad for the nice people with their fancy ideas, who try to do the right thing and educate us to nicen up our neighborhood by buying nice things here. But it doesn’t work. People, especially this area, it seems, do not want to get educated. Sometimes I fell so sad for them, that I’d like to at least write them a letter, saying, “save your money as long as you can, your idea might be great, but you are in the wrong place. Take your money and run, look for another place. I love you for all your good intent, but it is wrong.” Sometimes I am so overwhelmed by my feelings for them that I’d like to slip a hundred dollar bill into the letter, on top. I’ve never done this. 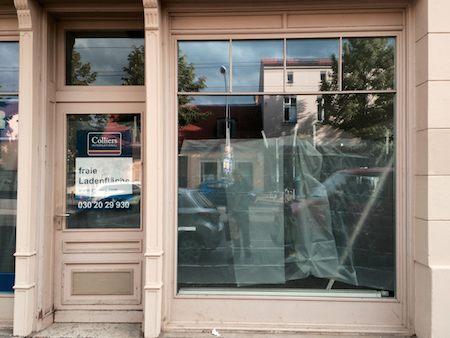 And then I get angry about them:

The only smart move you have to make around here before opening up a shop is: Ask people. Like me. Or anyone else. They will know. In the beginning they may be friendly, but after 5 minutes they tell you the brutal truth: There’s no place for your fancy idea around here. 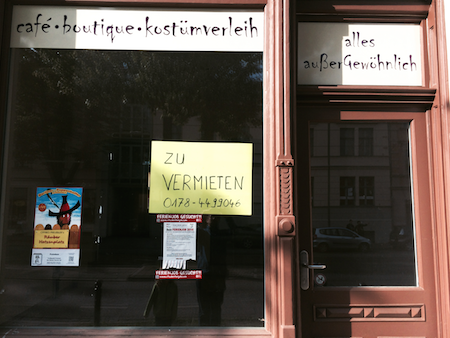 Lo and behold, some of the people opening a business here might even have spent money – lots of money – on early research. So people with no clue around here pay money for people with even less insight from the outside about their opinion, based on … numbers. And, of course, these people have no clue and simply bring along some data they bought themselves on income, age, education, you name it, regarding the structure of this area. Now, these numbers, of course, don’t tell you anything about our area, as the smallest granularity you get is about half of my city. And yes, somewhere in half of this city the research might hit and you could open that shop. Numbers won’t tell you this. Only we can tell you: the people around here.

Now, guess what! That’s, by coincidence, exactly what we at überproduct do as a job. Instead of handing people an envelope, we try to help to find out what business works and which not in the early phases of thinking about a business or during reshaping an existing business. And why. And most of the time it is in the Internet. 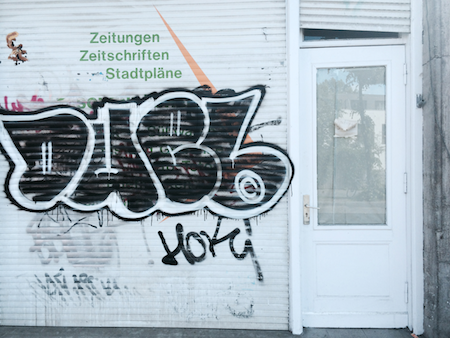 The reason we do it and why it makes sense is that asking a few people in the beginning who know, because it is about them, is clear: You spend 10% of the product cost in research in design and that commits 90% of the product cost. (And it doesn’t matter if you’re agile.) This is why it makes sense to ask people in the beginning, for a little money. Because they know.

What looks esoteric to some is the most rational thing you can do to manage risk early. There are piles of books and methods and debates (#NoEstimates anyone?) on how to manage risk in production or development. But only few people care about doing the right amount of research. And even much fewer people talk about the right methods of research, because the marketing guys came up with models that – no debate – work for them: Focus groups, quantitative research, etc. And it is a great market, with good results. But you have to remember. These methods solve the problem of selling, explaining the product. Our context is finding out which product, product feature or shop will work in which area. And for this context the right methods are in ‘ask the right questions to the right people’. 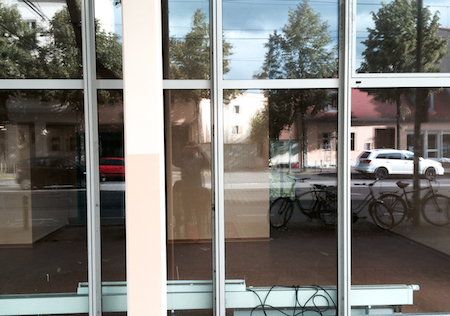 The two biggest problems we see are:

People are happy to save wherever they can, and rather go for the risk of producing the wrong product. The risk of having asked one question too few and committing tons of money on the wrong solution will only show at a later stage. And then it is rarely your fault but the fault of those executing your brilliant idea.

The other problem we see, is that people spend no money at all on a decent design phase and simply shoot a wild guess in the meeting room, with the excuse of it being called a strategy meeting (replace that with new business, if you will). Now this is really foolish but common practice, make no mistake! 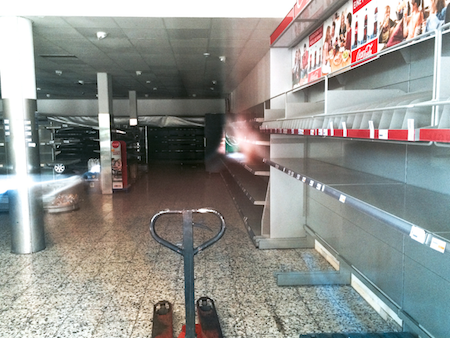 It is important to know that the info in early phases is cheap. It is especially cheaper than the information provided by traditional market research and it is more telling. Possibly, the vagueness of quantitative data is luring people into it, as it still leaves all doors open to any bias. Confirmation bias all over. No idea will be discredited by traditional market research in an early phase. Not even that of the worst strategist.

Whatever you do, if you focus on understanding the context first and take the information that is floating around and is available at a low price, you won’t end up like those shops in my hood.